In the early 1960's when our current club was built it did not include a kitchen. We had no cupboards, no pots and pans, dishes, or cutlery. For this amazing group of women this posed no problem. Every Saturday morning for the next many years during the curling season they would gather at the clubhouse, bringing their own pots, dishes and cutlery and prepare a bacon and eggs, toast and coffee breakfast for curlers. They would repeat this activity the same afternoon with brown bread and baked beans for supper. Most of these women curled, and also had small children at home to look after. They made it work. Slowly they raised enough money to outfit our kitchen. After the Saturday night suppers, tickets would be sold and a wheel spun with the winners taking home cakes, pies or some other baked treats. The same group of women provided these prizes. It is because of the incredible efforts of these women and others that we enjoy the club that we have today.

Born in Bear Point, Shelburne County, Andy discovered at an early age he loved sports and nothing would stop him from competing! He excelled at track and field (running a 10.6 in 100 yard dash). From 1949-1959, he attended The School for the Deaf in Halifax, returning to the South Shore, armed with the “Power to Believe”. Playing defence on his hometown hockey team, they would finish runner-up in the Yarmouth-Shelburne League in 1961-1962.

In 1963 The Berwick Register lured Andy to the Valley. Little did anyone know the impact he would have on the area. Later on he would write an article on curling for The Register and as an educator he taught sign language at various schools in the Valley. He married his wife Nancy in 1966.

Soon badminton would peak his interest. Andy played mostly doubles tournaments from Greenwood to Wolfville. He fondly remembers the fine play of Don Weir, Gerald Chase, Madeline Rice, Denton Graham and Mildred Stewart. He would pick up on hockey again in The Berwick Suburban League, playing defence against the likes of Jim and Pat Hampsey and Richard Palmer. All along he pitched, caught and played outfield in the Berwick and Area Slow-pitch League. His talent was so impressive that he was selected to play for the Calgary Warriors in the 6th Annual Canadian Deaf Slow-pitch Tournament held in London, Ontario in 1987.

It appeared Andy saved his best for curling. Joining the Berwick Curling Club in 1978, he played in numerous bonspiels, Mixed, Men's and Senior Categories, often receiving many trophies and awards. His greatest thrill was posting an 8 Ender in 1999. Twice he had 7 Enders. He, along with Gerry Millett, Leonard Amero and Fay George represented Berwick at the Nova Scotia Mixed bonspiel in Bridgewater in 1995.

However, Andy's greatest contribution was bringing Provincial and National attention to Nova Scotia Deaf Sports. He played in the Canadian Deaf Curling Championships, an astounding 12 times from 1984 to 2006. He was Host Chairman of the event in Halifax in 1990.

He started bowling for the Kentville Advertiser out of New Minas Lanes in 1980. He soon developed a 95 average and on different occasions thrilled the gallery with 4 straight spares and 3 strikes in a row. In 1970 The Eastern Bowling Association for the Deaf (E.B.A.D.) was formed in Saint John, N.B. Not only did he compete, but was E.B.A.D. Host Chairman five times.

In 2004 he was honoured with the Special Award of Dedication from the Nova Scotia Deaf Sports Association.

This team made unequalled history in the winter of 1943-44 in three major curling events, even though no championship had been won. The "Father and Son Rink"(so dubbed by the bonspielers), skipped and mated by Howard (son) and Ern Margeson (father), respectively, together with their teammates Waldo Lovelace and Wayne Early on no less than three occasions came within an ace of bringing home the championship trophy.

In their first major event of the season the team was runner up for the Ralston Cup in the Western Counties bonspiel. Their next event was the Provincial Johnson Cup Championship in Truro where they received the J.D. MacKenzie Shield for runners-up in that event.

After winning the club championship the team entered the Provincial Championship being held at the Halifax Curling Club. Twenty of the most skilled rinks from all over Nova Scotia had assembled there. Berwick lost their first game to Kentville, then rallied to eliminate team after team. First it was Bridgewater, then Windsor, Dartmouth and finally a 12-10 extra end thriller over Yarmouth. They advanced to the final three where they lost to Halifax 11-6. Halifax then beat Sydney 14 to 7. In the format of the championship the Berwick team met Sydney for the runner up, and showing real form, they defeated the Cape Bretoners by a score of 10-5.

Owing to shortages of hotel accommodations many players slept in Pullman Railway Cars, at the CNR terminals. The last night the Pullman Cars had been withdrawn leaving players scratching for sleeping quarters in hotel lobbies and furnace rooms. As well as this inconvenience players carried their own curling stones in wooden boxes weighing 44 lbs. each.

One of the more interesting stories in the sports history of Berwick involves the 1962 Berwick Legion Curling Team – a team that won a provincial championship when it didn’t have a home rink in which to play or practice. According to team members, the story of the Berwick Legion curling championship team really began in the mid 1950’s. At that time, Berwick had no curling rink of their own but through the generosity of the neighboring Middleton Curling Club; Berwick curlers were able to use their facilities several times a week. Among this group of dedicated Berwick curlers were four who decided to enter a team in the eligibility depended on being a Legion member and a member of a curling club. Thus, started the curling adventures of George Adams, Jim Barrett, Rod Bethune, and Reg Stevens.

Initially the Berwick foursome felt that if they concentrated on curling rather than indulge in the more “social” aspects of the sport, they would have an excellent chance since obviously the other teams would be there for that rather than actually trying to win the curling championship. However, the Berwick rink soon discovered that the competition was in earnest and every team was there for the same purpose – to win the championship. The level of curling skill was high. Thus, for five or six years, the Berwick quartet never reached the finals but they stayed together as a team and finally their dogged determination paid off. In 1962, they reached their goal and became provincial Legion champs earning the right to represent Nova Scotia at the Canadian (Dominion) Championships. By all accounts, a popular representative since the Berwick group had worked so hard to get there and always displayed great sportsmanship even in their losing years.

Among the most engaging and entertaining stories connected with this team are those involving the preparation of the new Nova Scotia Legion champs for the Canadian championships held that year in Fredericton, New Brunswick. Since the team didn’t have matching curling sweaters, there was a frantic around of knitting by spouses and curlers alike to ensure that the team was suitably attired. With suitcases packed with new curling sweaters, a supply of Berwick Curling Club pins, a trunk full of the Annapolis Valley’s best apples and the generous financial support of the Berwick Legion, the 1962 champions headed off to the Canadian championships. Although they were not winners at this level, they represented Nova Scotia, their home club and Legion post, and the Town of Berwick extremely well. Even on the trip home, the experiences of the team were somewhat unusual. A late winter storm forced the group to overnight in Moncton before returning home with their tales of some exciting Canadian championship curling.

During the late 60s, the 70s, and the early 80s, the Berwick Curling Club was well respected locally and across the province for having strong, competitive teams. With the recruitment of Dr. Ron Thorpe, Tom Beattie, Dave Miller, and Bill Wilson, the Berwick Curling Club became even stronger. Looking more like NFL linebackers than curlers, these four men combined style, strength, strategy, size, agility, shot making, and tremendous “sweeping ability”. Back in the day before push brooms, these men drew raves from spectators for their sweeping efficiency, pounding in unison with corn brooms, rink rats, and mid westerns (with leather inserts). One Digby Hall-of-Famer, Hymie Webber, even checked their brooms one day for real vacuums!

All the practice and play would pay off. Most of the games played in the Berwick Curling Club were full of tension and excitement. All of the teams wanted so dearly to represent the club, especially at the provincial level. There was even the odd call to world champion Ernie Richardson for a bit of advice.

Holes-in-one in golf are rare, but eight enders in curling are extremely rare. In January 1971, the boys pounded Dr. Thorpe’s last rock all the way to the rings to score the first eight-ender in Berwick Curling Club history and to win the right to represent Berwick in the famous Johnson Cup, played in Halifax.

It was fun to watch Dr. Thorpe’s methodical approach to the game, Tom Beattie’s style of bringing the rock back to should height and finishing with a gentle delivery, and the shot making and sweeping of Dave Miller and Bill Wilson. Bill became known as “Double” Wilson for his ability to make double take-outs when needed the most. And they were hugely successful. They were runners-up four times in provincial play; the 1971 Johnson Cup, the 1972 Provincial Branch Junior, and the 1973 and 1975 British Consols (the provincial men’s championship now known as the Labatt Tankard). As Dave Miller said about the team, “We were pretty strong”.

One of the most prestigious events of the time was the Western Counties Bonspiel, which brought together the best curling teams from throughout the western part of the province, included several that went on to provincial championships. The individual members of the Ron Thorpe Curling Team, on various teams over three decades, won nine times. Bill Wilson was elected to the Western Counties Hall-of-Fame as a five time winner. Dave Miller won twice and Dr. Thorpe and Tom Beattie each won once.

Not only were these curlers great ambassadors of the game, but they also gave freely of their time to make the home club successful; holding office, working on committees, and running bonspiels. It would be interesting to put this team up against today’s teams. 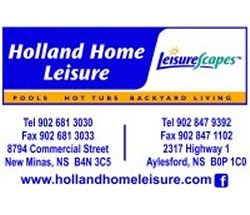 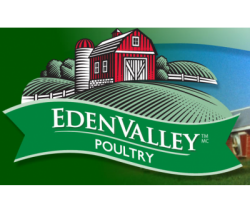