Like so many of us, Lori and Dan became curlers after being invited to the club by friends in 1991.  Their first event was the Western Draw, an ice breaker fun spiel that is still the event that starts off our curling season.

Very clearly, Lori and Dan enjoyed every aspect of this experience and it was to be the beginning of a 21 year relationship with curling in Berwick.

They curled in the Tuesday/Thursday mixed league but also teamed up with Darrell and Lynn Ferguson to compete in the Wednesday competitive league.  This foursome also competed as a team in many bonspiels around the province and was always competitive.

Dan served two terms as a member of the Board of Directors.  In addition he worked with Mike Morse as assistant ice maker for many years, helping put the ice in, maintain it all season long and then help take it out in April.

Lori and Dan operated our bar for four years.  During this time they also served as social co-ordinators.  If the bar was open and snacks were required, Lori and Dan would be bartending and keeping the food table replenished.

The idea of our very popular and lucrative 200 club was initiated by Mike Morse.  But as any good president would do, he delegated the task to others.  In this case it was Lori Dorey who ran with it and made it a success from 2008 to 2012.

Lori and Dan both worked on the Apple Spiel committee for three years, taking over  in 2009 as co-chairpersons.

In addition to all of the above, Lori audited the books of the club and prepared financial statements from 2010 to 2017.

Curling is a sport known for extreme sportsmanship.  What other sport encourages handshakes before and after every game.  Lori and Dan not only adopted this level of friendly sportsmanship but they took it to another level.  To those of us who have played with or against Lori and Dan all would agree that not only were they both very good curlers but that their mood, good natured temperment, smiles and encouraging comments to both team mates and opponents alike set them apart.  They truly set an example for all of us to follow with both their on ice behaviour and their incredible off ice involvement in the life of the Berwick Curling Club.

Mike was invited by friends to curl in the Sunday Night Industrial League  at the Berwick Curling Club in 1986.

In 1987 Mike and a group of friends travelled to PEI to compete in a bonspeil.  As a result of this experience Mike decided that curling was for him and he joined the Berwick club soon after.

Mike recalls being in a game early in his career and having seven rocks in the rings all counting with last rock.  Not knowing at the time what an 8 ender was, he proceeded to take out one of his own.

Mike curled with Richard Palmer for over a decade.  Their mixed team would rarely miss a weekend bonspiel all season long.

Mike served three separate terms as club president.  He initiated the presidents plaque and organized a banquet to honour all former club presidents.  Mike also served on the executive for over 15 years.

Having the ceiling installed in the ice shed was a month long project completely organized by Mike.

Mike took over ice making duties in the late 1980’s or early 90’s.  He was the clubs ice maker for over twenty years. He introduced jet ice to the club which resulted in ice that was a full second faster.

During Mike’s term as president, the club was rented out to local groups just about every weekend during the curling season. Mike recalls donating the rental fee back to the renters knowing that they would more than make it up in bar sales.

At one point in Mike’s  tenure with our club, he was president, bar manager, custodian and ice maker for a three year period.

Starting our Club 200 fundraiser in 2008 was Mikes idea. Seeing the opportunity for the club, he  encouraged Lori Dorey to run with the idea. This has resulted in thousands of dollars being added to our club coffers.

All clubs and organizations depend on volunteers.  Mike’s volunteer commitment to the Berwick Curling Club over the past several decades places him in a unique category .  Our club has benefited greatly from the thousands of volunteer hours that Mike has contributed.

The first Edith Corkum Memorial Bonspiel was held in February 1991. Edith was a very active, vibrant member of the Berwick Curling Club. She died in September 1989 and three of her close friends wanted to keep her memory alive. So after some discussion Cheryl Lloyd, Norma Tweedie – Milne, and Pat Hicks decided hosting a curling bonspiel in her memory was a good fit. It would have to meet Edie’s standards of being competitive, fun, and inclusive. Every participant would win a prise but of course the winning team members must receive one of value. So it was decided that every participant would pick their own in the order of where their team placed after curling three games. A trophy was bought to present to the winning team to take to their home club and a plaque that would stay at the Berwick Curling Club. The members of the Berwick Curling Club readily accepted hosting a bonspiel in Edie’s memory. The ladies stepped up and provided casseroles and desserts for the dinner and chili and rolls for supper the day of the bonspiel. That left all the monies from the team entry fees to go towards prises and kept the cost for the teams very affordable. The men volunteered to run the bar and clean and pebble the ice for the day so the invitation went out to the Valley Curling Rinks.

Edie had played the Valley, South Shore Curling Circuit so to speak at the time so was well known. Play would start in October with the “Middleton Cider Spiel”. Kentville hosted the “Holly Spiel” in December, Windsor the “Textile Spiel” in February, and in April “The Ladies Closing Bonspiel” in Greenwood would finish off the season. Many of the ladies from all these clubs became friends as they saw each other monthly during the season which lasted seven months. Edie was well loved by them all as well as the members of her home club in Berwick. She always had a twinkle in her eye and a smile on her face. Being an accomplished curler and a strong competitor her team placed well at many of these events. In 1985 her team of Cheryl Lloyd, Edith Corkum, Carol Hampsey and Pam Morton won the Cider Spiel in Middleton. When Berwick Curling Club hosted the “Catherine Creighton Provincial Tournament” Edie’s team was runner up losing a close game to Bridgewater in the final. That team consisted of Cheryl Lloyd, Edith Corkum, Mary Ellen Lonergan and Pam Morton. One of Edie’s favorite sayings was “I’m A Lucky Dog” repeated several times. If you want to really appreciate this go to the Lucky Dog Food commercial from the early 1980’s on YouTube. I challenge you not to laugh out loud.

The first Edith Corkum Memorial Bonspiel was filled in no time. All the teams had curled with or against Edie. They included Wolfville’s Vicki Schofield, Kentville’s Yvonne Martin and Jocelyn Nix-Amirault, Greenwood’s Carol Rompkey and Joan Holmes, Middleton’s Barb McKeil and Dianne Martel, and Berwick’s Elaine Prall, Gerri Millett and June MacCarthy. It was very fitting that the winning team that first year was from Berwick and one Edie had played against or with several times. Team members were Elaine Prall, Carol Hampsey, Linda Bezanson and Karen Greenman. Edie’s mother Mildred Jones presented the trophy that year. Her sister’s Marjorie Murphy and Bonita Nickerson continue to support and attend the Bonspiel each year when they can.

As a result of keen participants and dedicated volunteers the Annual Edith Corkum Memorial Bonspiel continues to be hosted by the members of the Berwick Curling Club. It has become a favorite Bonspiel that the ladies of the valley look forward to playing in each year. 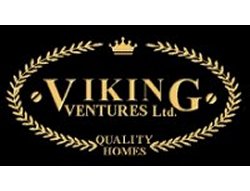