This team of men have curled together since the mid 1990’s. As a team they embody the best of what the sport of curling is all about - sportsmanship, friendship as well as being competitive.

The original team was skipped by Pat Hampsey. When Pat’s health forced him to retire from the game, Nelson took over as skip and the team continued to flourish both off and on the ice.

They took part in many local bonspiels and competed a number of times at the Nova Scotia Masters Bonspiel where they reached the semi-finals one year.

When asked how they were able to stay together for so long they all agreed that it was their friendship that kept it going. There was never any animosity or ill feeling among team members. In addition they all had a shared interest in square dancing.

Don Matthews worked as an ice maker for over ten years at the Berwick Curling Club. Nelson Labor has always shared a leadership role amongst our senior curlers, organizing several annual bonspiels including the Dwight KInsman Invitational, a fundraiser for our club.

It is with great pleasure we induct this team of curlers into our Wall of Fame.

Curt Palmer and Jim Ayling had been curling teammates for a number of years leading up to the 1978 Western Counties.  Curt then recruited Dale Lloyd and Bill Wilson to compete in this prestigious bonspiel.

The Western Counties Spiel started in 1927, the same year as the British Consols - forerunner of the Nova Scotia Tankard.  Sixteen teams from Western Nova Scotia including every club from Lunenburg to Yarmouth, and east to Windsor were involved.  At the time it was considered the most competitive curling event in the province second only to the British Consols.

In 1978 Brian Rafuse, a future tankard winner was perhaps the favourite going in.  Gus Meister from Kentville  a future Masters winner was also competing.

The format was made up of two divisions of eight teams randomly selected.  The Palmer lead team finished third or fourth in the initial round which qualified them for the final eight championship round.  Their first game was against the heavily favoured Rafuse rink from Bridgewater.  The boys lead the entire game and won.  They then continued on undefeated to take the top prize.

In addition to excelling on the ice, members of this team worked tirelessly to support the Berwick Curling Club in other ways.  Dale Lloyd and Curt Palmer went on to serve as club president in later years.  Dale was ice maker for over twenty years, the first ten helping Rod Bethune and then ten more on his own.  Bill Wilson was instrumental in helping make the expansion of the club a reality with the addition of the bar and kitchen.

Glendon Dakin and Frank Seward decided to put a team together from Berwick to compete for the Nova Scotia Mixed Championship.  When they looked at all of the lady curlers they decided that Marge Murphy and Joan Bezanson were the two gals that seemed to have the most fun, so they recruited them.

This team then won the club championship that sent them off to Truro and Mayflower in Halifax to compete for provincial honours.

Before the first game Frank Seward encouraged Marge and Joan not to drink at all and to  rest between games as much as they could.  When Joan struggled during her first game she decided that maybe a shot of whiskey would settle her down.  It did!  She played beautifully from then on, earning a pat on the back from Frank.

The final day had them play three games at Mayflower in Halifax.  That means each of them delivered sixty, forty pound curling stones equalling twenty-four hundred pounds of granite.  It also means sweeping well over a hundred stones of your teammates with the old corn brooms, in one day. Quite a feat.

Marge and Joan both describe Glendon and Frank as very good curlers but more importantly true sportsmen and gentlemen.  They  had a lot of fun curling together.  In addition to their on ice success all of this team were heavily involved in making the Berwick Curling Club work, both as members of the Board of Directors and as volunteers for all of the fundraising that took place.

Known as the “Backstreeters”  a result of all living on or near the 221 Highway this team of curlers competed for over twenty years thru the 80’s and 90’s.  They were known as an excellent draw team choosing the finesse game over a hitting style.  Even though they never won any significant honours they were very competitive, winning the Berwick Club championship on a number of occasions to compete at the British Consols.  In winning the club championship they defeated some excellent teams, including the Bethune Team earning them a second nickname, the “Giant Killers”.

During the most severe winter storm conditions this team never missed a game.  They always found a way to make it to the club to compete.

Dwight Kinsman and Craig McConnel both served on the Board of Directors and all team members supported all club fundraising events.   Their wives, Audrey Kinsman, Margaret McConnel, Annie Mahar and Christine Simpson were also heavily involved in all club fundraising activities.

This team exemplified the best of the sport of curling thru their friendship, sportsmanship and competitiveness. 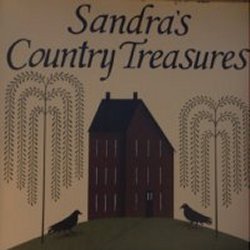